Saturday’s talk entitled Through the Eyes of Shirley Baker, and presented by Leeds-based bookshop Village Books, was a fascinating and thought-provoking event, extending over its allotted hour as the Q&A got into its stride. Presiding over the panel was Lou Stoppard, writer and editor of Shirley Baker, published by Mack in November; the book features previously unseen work and focuses on subjects outside Shirley’s well-known street photography.

The Leeds talk took place at the Hyde Park Picture House. The beautifully preserved and well-loved little cinema opened in 1914 and is very much a focal point of the University of Leeds student area; the cinema has a history of hosting art and film school events besides showing films.

The absorbing talk covered plenty of ground, beginning with Shirley’s early years learning photography. Anna reminded us that Shirley did actually study photography, which was somewhat unusual for that time, and that her course was technical rather than the humanist photography practice we like to imagine. And there is a ‘forensic’ quality to her work, reflected by this early technical training.

Griselda Pollock placed Shirley within a wider context, referencing Beaumont Newhall, appointed as curator of MoMA in the 1930s where he grouped photography into ‘types’, eg ‘war photography’. She invited us to think about the fact that at this early stage, photography didn’t have a fixed idea of what it was for.

Griselda also spoke about how access to the technology was primarily open to men, and of the conscious decision to put skills into the hands of women (with reference to Pavilion in Leeds in the 1980s) which gave women the chance to make images of their worlds. What does Shirley disclose about her world as she makes the conscious decision to step out into the street? Her images, her eye, focuses primarily on women and children and their lives.

Lou Stoppard talked about the many hours she spent sifting through the archive material with Shirley’s daughter Nan; by all accounts Shirley was a hoarder and nothing was thrown away, a trait that proved to be such an asset to Lou’s research.

Anna delved further and expressed her evolving thoughts of the work. She talked about Shirley not ‘taking’ but ‘making’ photographs, and she made reference to the anthropological term ‘historic poetics’, meaning the work is more about the poetic than about the historical record. There is factual information, of course, and it can be used for social historical evidence but there is far more going on in the images which express Shirley’s own artistic skills.

One thing that was agreed by the panel was that humour plays a definitive part in Shirley’s work; a compassionate humour, the visual pun, found in those moments in everyday life, expressed by her adept positioning of elements within the image.

Photography of the event by Olivia Rosen 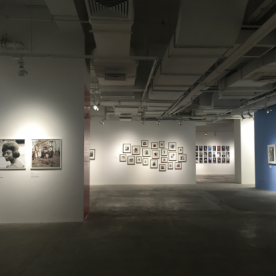 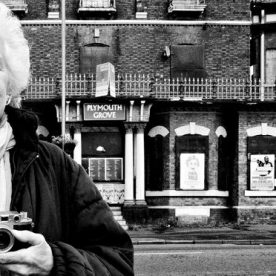 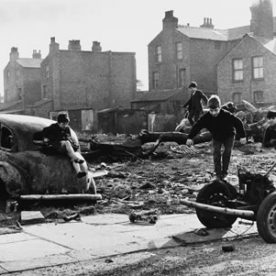 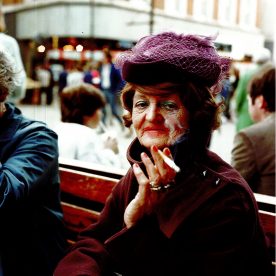 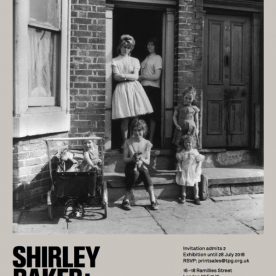 The London Photographer’s Gallery are hosting a Shirley Baker photography exhibition in their print sales... 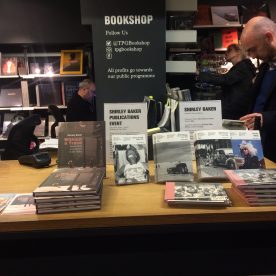